Game 3 really changed in two key at-bats in the 6th inning. You’re going to read and hear about how amazing the Royals bullpen is (and it is), how awesome their defense was (and it was), and how the series is all about who gets the lead first (it kind of is), but sometimes it’s also about what a team’s best hitter does in a key spot.

There were all kinds of other moments that helped turn this game. (One of them, by the way, was the ball Posey just missed against Greg Holland in the 9th…he JUST missed it…argggghhhhh…baseball). But, if the Giants are going to come back in this series they need their great player(s) to be great, not just good.

The Giants have to win 3 of the next 4 games. Simple as that. Assuming the Giants’ win Madison Bumgarner’s game 5 start (and of course assuming anything in baseball is foolish), they must figure out a way to get 2 wins from the combination of Vogelsong, Peavy, and Hudson. I can’t say that I am super confident of that. But stranger things have happened. 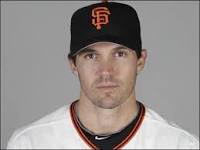