I might be in the minority, but I actually don’t mind the moves the Giants have made this offseason. Especially if they lock up Timmy and Matty then they accomplished some key things:

That said, I do have a bone to pick and it looks like this: 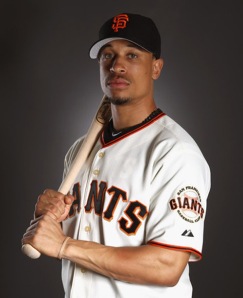 which is as good as Manny Burriss has ever looked with the bat. I wrote last week that the thing the Giants needed to do was fortify themselves at shortstop. I love Brandon Crawford and I want him to do well so badly, but that desire does not erase the fact that he’s not ready to be an everyday major league shortstop. I’m going to root for me to be so wrong, but I also would love to see some help at this position.

The Giants seem to think Burriss is this help. Which is like the Patriots thinking they’ll be fine with Jed Hoyer if Tom Brady goes down. Nope. That’s foolish.

It’s foolish to think Manny Burriss is going to be helpful to the Giants.

This is a disaster waiting to happen and it is going to lead to a bad trade for Edgar Renteria or someone like him come July.

Maybe the Giants are lying. They are one of the stealthier teams in MLB. Maybe all this “we’re done/we don’t have any money” talk is a front and we’ll have a real option come March.

But it sure doesn’t look that way. God help us.

3 thoughts on “What the Burriss!”